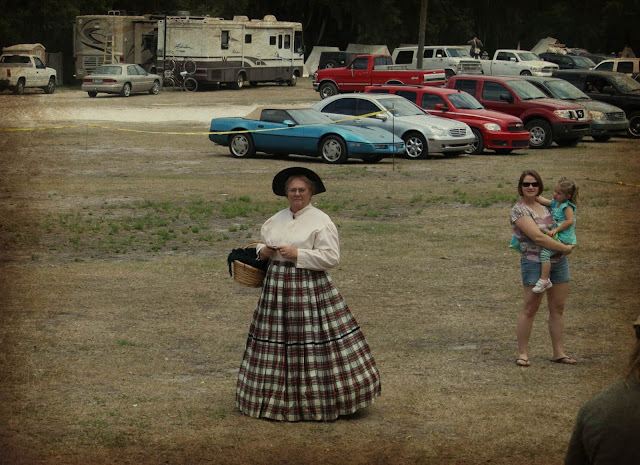 The year is 1863, The battle is about to begin, The Yankees and the Rebels are fighting, We can hear the gunfire. I was there, it was 2012, I rode the train, I went into the battle.
For the next four days, I will tell you the story as I saw it that day.
Due to a computer crash in 2012, I lost all the colored photos I took with my DSLR. The only photos I had were on the blog post in 2012 and were very small size. I downloaded those photos to place in my Google photos, for just in case something happens to my blog, and it disappears.
These are photos I took while waiting for the train to pick us up.
What's Wrong in These Photos? 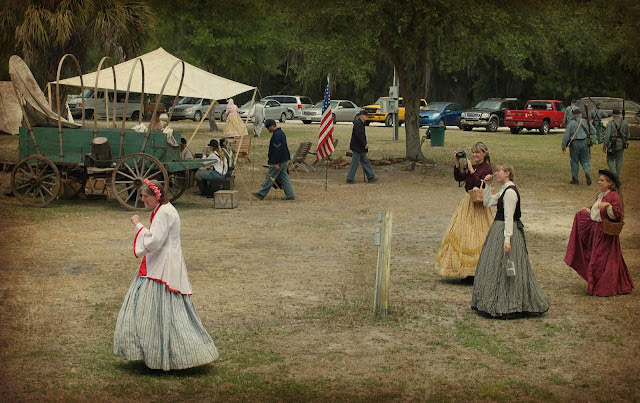 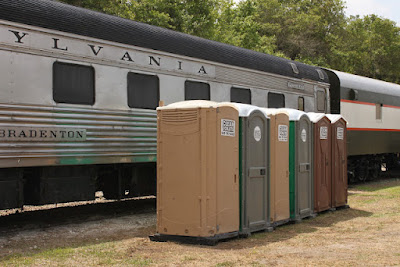 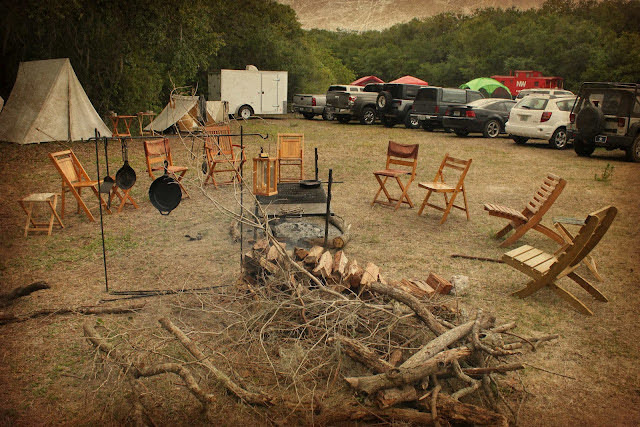 Well, for starters, the cars and porta potties. I remember well when you went, it was so exciting!! What a shame about the photos!

love the woman with the modern cam... such things bring always fun to such events LOL... the mama smoked a cigarette during a job as polly pocket, that was the highlight for all kids at the toy fair hahahahaha

I remember you posting about this before. I loved it and look forward to reading about it again.
I would say, what is wrong is that there are a few things in the photos that do not fit the time period. The cars and the porta potties. Although I suppose you could say that the porta potties are like an outhouse.

The cars and potties do not fit the time period. I like the old wagon, train and camp fire. Take care, have a happy day!

The era is not depicted much...but, it's like being on a movie set!!!

The first thing I notice is the dress on the woman...and think about how much fabric it took and thinking about the work involved on making it back then.

BOL BOL modern meets 1800's.
Sometimes creative minds don't think thru things.
There are often Hallmark Movies supposedly filmed in and around the NC coast; however, when they show a scene their hills in the background and big rocks on beach. Neither can be found on any of our beaches.
Hugs Cecilia

I guess having cars in the background helps you know how 'olden' they are! lol

It was so weird to see all the Civil was items and then see the port a potties and the cars/ They had it so much harder than now. Wow!

I'd say the cars and the trains stand out as "not of the era". lol. Diana

To bad you lost the photos. The modern day stuff of course doesn't belong there.

History versus modern day..
I really like the juxiposition.
This will be an interesting series. Looking forward to seeing it.

Those RR cars and portable Johns and also the folding chairs were what stood out as not in coming with the tim period, Sandra. Sorry to read about the lost photos, but many of us have had similar experiences, so you are not alone.

Thanks for the comment on my long-ish post about the clock and watch museum. Glad to know I was able to let you know about the meaning of horology, and I learned a lot on the visit too.

Murphy strikes again!
Yep to everyone who made mention of the porta potties, the cars, the camera. Maybe it's just me, but in the second photo? The lady with the pink hair thingie (walking left) looks like a man in drag!
What a fun experience!

That's quite the mixture of past and present.

I am surprised you haven't edited the cars out of your photos.
Your next challenge is to make your photos travel back in time. lol

I’m so sorry you lost the photos. 😟